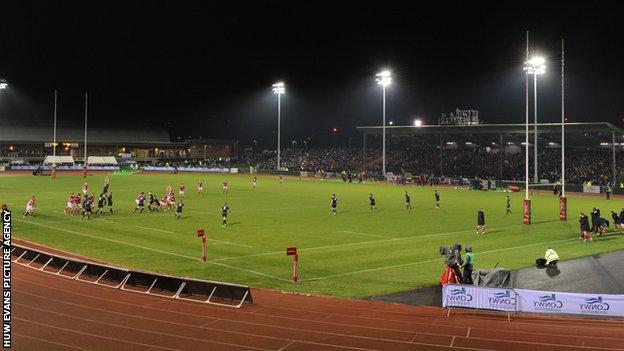 Samoa will warm-up for their Autumn Test against Wales with a match against Canada at Colwyn Bay.

The South Sea Islanders along with Canada, Russia, Tonga and the USA will play Tests over two match days at the home of North Wales rugby.

Russia face the United States in the first of the back-to-back matches on November 9 followed by Samoa v Canada.

A week later on Saturday November 17, Tonga face the USA followed by Canada's game against Russia.

Colwyn Bay hosted Wales' home matches in last season's Under-20 Six Championship and is the home of Division One East side RGC 1404.

The matches at Parc Eirias form part of a series of matches between Tier 2 and Tier 3 nations which also features Fiji, Japan and Georgia.

The IRB have arranged the matches with the aim of increasing competitiveness ahead of the 2015 Rugby World Cup in England.

Samoa face Wales at the Millennium Stadium on 16 November - Wales' second Test match of a series which also includes Tests against Argentina, Australia and New Zealand.