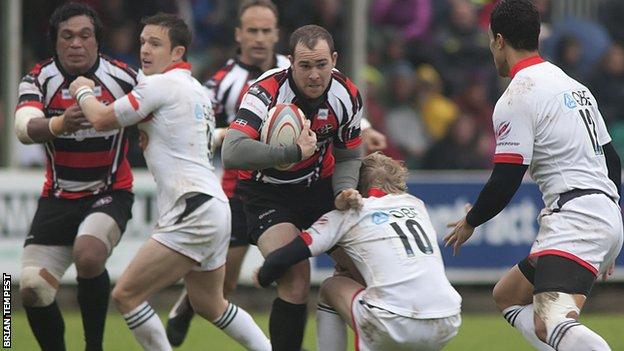 Cornish Pirates boss Ian Davies says his side have to be realistic after losing to Newcastle on Saturday.

Tries from Rob Vickers and Taiabina Tui'fua secured a 24-3 win for Falcons.

"We've got to be realistic and put this into context," Davies told BBC Radio Cornwall. "We had six players who were playing National Two rugby last year.

"They've got six internationals, not including 'A' internationals and England Saxons players, and we've made them work really hard for a victory."

Davies added: "In the second half the physicality and the two-stone a man more advantage across the board took its toll."