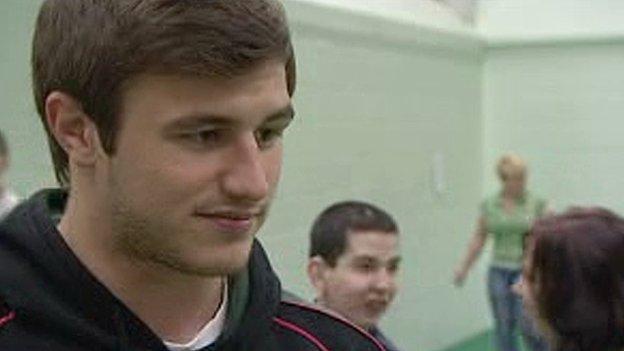 The 25-year-old, who can also play at centre, has previously played for Bath, Plymouth Albion, Bristol and Blaydon and will join the Pirates squad at the start of October.

"Ben Mercer is a player who impressed when playing against the Pirates," said chief executive Rod Coward.

"He will add strength and depth to our squad and I'm delighted that he's agreed to return to the UK to join us."

The Pirates have also announced the loan signing of Redruth winger Lewis Vinnicombe, who will be on the bench for Sunday's Championship clash with Newcastle.

The signings come as the Pirates struggle with a host of injuries.

Matt Evans is out after picking up a head injury while Grant Pointer is a month away from fitness.