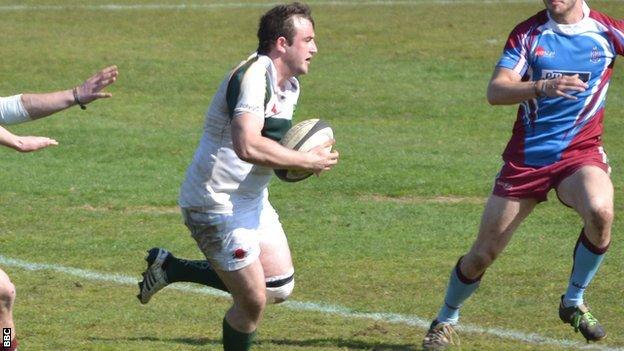 Simon Sharrott, Malcolm Barnes and Tom Ceillam all crossed the line for the Green and Whites to help them to a 24-6 lead at the break.

Hamish Clare pulled one back for Tring before Luke Sayer scored two tries in as many minutes late in the game to seal the win.

Clare got a second soon after for Tring but they failed to get a bonus point.