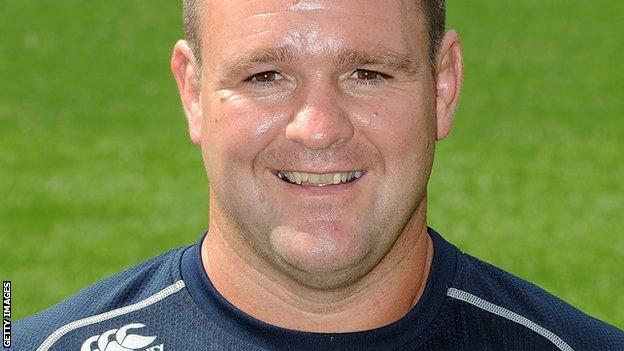 Sale have sacked forwards coach Steve Scott following a winless start to the season which has left them bottom of the Premiership with four defeats.

The former Scotland international joined the Sharks in 2010 under then head coach Mike Brewer.

"We decided we needed to change the coaching structure at the club," chief executive Steve Diamond said.

"We have started the process of finding a replacement to coach the forwards and while that process takes place I will be assisting Bryan Redpath prepare the players for the foreseeable future."

Sale had hoped that Redpath's appointment, coupled with the move to a new stadium in Salford and the signing of some high-profile players would launch them towards the top of the Premiership.

But so far their campaign has flopped, culminating in Friday's humiliating 29-19 defeat at home to newly-promoted London Welsh.

Diamond added: "I would like to place on record my thanks to Steve Scott who has worked hard in his role and always given 100%. I wish him all the best in the future."