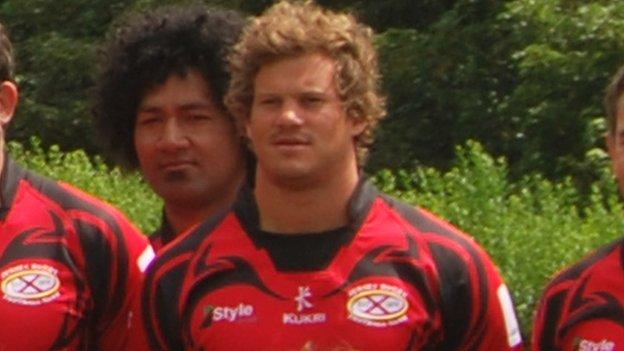 Jersey forward Charlie Clyde-Smith has signed a one-year deal with Italian side Turin.

The 23-year-old, who played in Jersey's pre-season friendlies, has not featured in the Championship club's side since in June.

"He has had the opportunity to move to Italy and he goes with our best wishes," said chairman Bill Dempsey.

Clyde-Smith played for United Banks in a match earlier this month after being left out of the Jersey squad.

He made his debut for Jersey in 2008 playing in the backs, but moved to the forwards, playing both hooker and flanker last season.