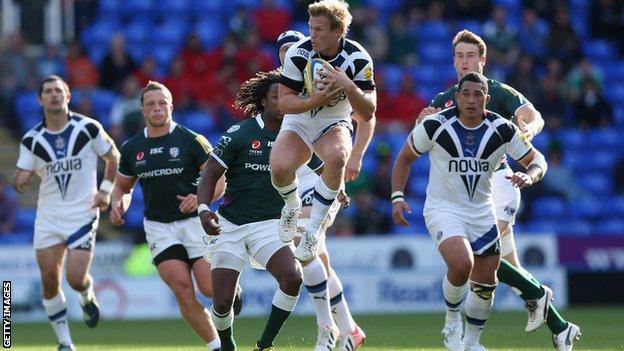 Bath's Michael Claassens and Dan Hipkiss have both been cleared by a Rugby Football Union disciplinary hearing after being cited following their Premiership game at London Irish.

Centre Hipkiss was charged with an alleged tip tackle on back row Jamie Gibson during Irish's 29-22 win.

The panel dismissed the citings, stating the cases for both alleged offences were "not made out".

His Honour Judge Jeff Blackett, who was sitting on the disciplinary panel, said: "On review of the DVD the panel determined that Dan Hipkiss did not drop or drive Jamie Gibson's head and/or upper body in to the ground. Dan Hipkiss tackled Jamie Gibson such that he landed on his back."