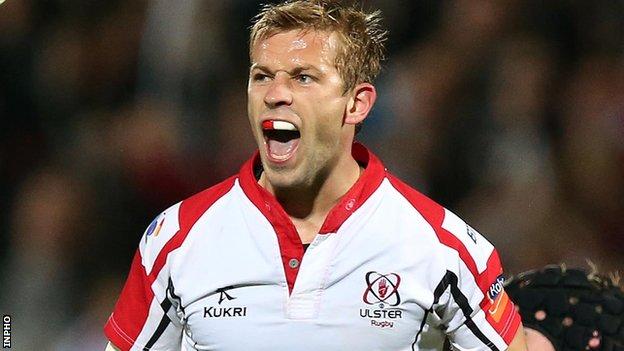 Ulster duo Paul Marshall and Craig Gilroy are among six players called into the Ireland squad for this week's two-day training camp in Kildare.

Fitzpatrick is continuing rehab on a knee injury while Loughney's Connacht team-mate Mike McCarthy will miss the get-together because of a calf strain and is replaced by Leinster's Devin Toner.

Uncapped Ulster duo Iain Henderson and Luke Marshall were among the notable inclusions in the original 33-strong squad announced for the camp.

The training camp is taking place at Carton House in county Kildare as part of the build-up towards Ireland's autumn internationals.