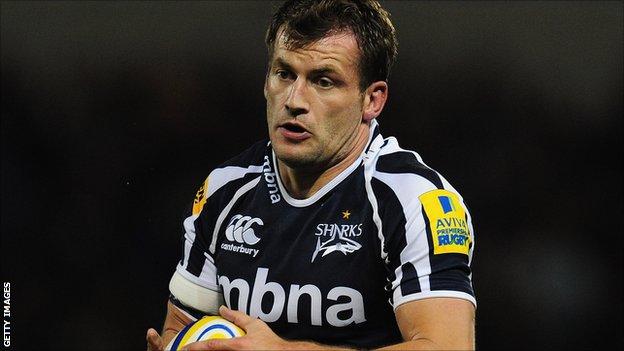 Mark Cueto says Sale's players must take the responsibility for their poor start to the Premiership season.

The Sharks are bottom of the table having lost their opening four matches, culminating in a 29-19 home defeat by London Welsh on Friday evening.

"It's just a massive disappointment and we've got to question ourselves," the 32-year-old told BBC Radio Manchester.

"It's about going out there and doing what you're supposed to do and we're clearly not doing that."

The former England winger continued: "It's not about tactics or gameplans or anything like that. It's just old school, about who wants it more, and they [London Welsh] just seemed to outmuscle us.

"Even giving away the bonus point at the end, it shouldn't come to that, but it's just simple things like understanding the game and how to play the game. We're just nowhere near."

The high-profile arrivals of international players such as Danny Cipriani and Richie Gray, the appointment of director of rugby Bryan Redpath, as well as their move to the Salford City Stadium, raised hopes that the Sharks could improve on last season's sixth-placed finish in the Premiership.

But losses to Exeter, Saracens, Harlequins and newly promoted London Welsh have left Sale bottom of the division, while forwards coach Steve Scott was sacked on Sunday.

"We talked over the summer about how promising this season is going to be and we couldn't have got off to a worse start," added Cueto.

"We're massively appreciate the support of the fans and we'll do everything we can to turn it around."