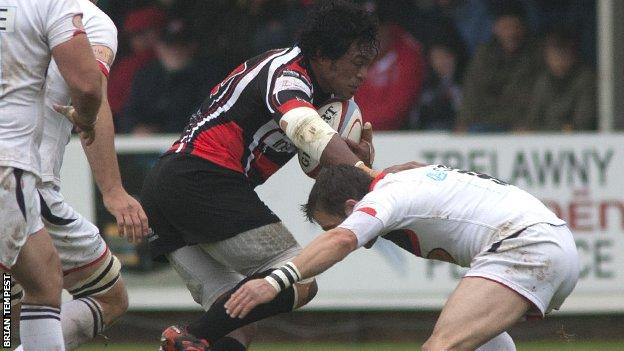 Cornish Pirates boss Ian Davies hopes his side can bounce back physically from two successive defeats when they face Doncaster on Friday.

The Pirates have lost to Newcastle and Bristol in successive games and seen a number of the squad succumb to injury.

"We've got to make sure we get people back on the park and into full physical nature," he told BBC Radio Cornwall.

"It's not an easy place to go, they're scoring a lot of points at the moment and are a very physical team."

He added: "We've got to go to Doncaster and put the same effort in and hopefully get more reward.

"We've played two of the perceived best sides in the Championship, in Bristol and Newcastle back-to-back, and we haven't disgraced ourselves.

"But we now need to start picking up some wins otherwise it becomes a long hard season."