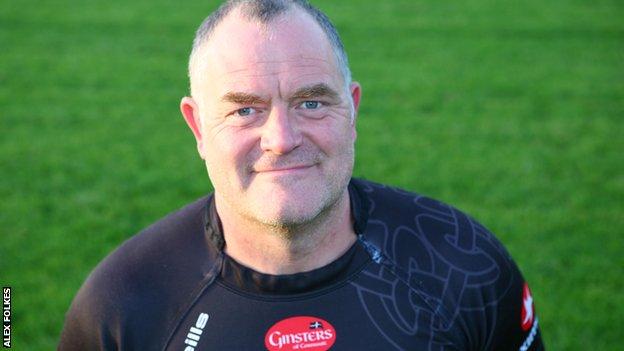 Launceston boss Cliff Rainford says people should not read too much into the club's early season results.

"I looked at our lead-in for our first six games and I think it's probably one of the hardest starts we've had for a long time," he told BBC Radio Cornwall.

Launceston faced newly-promoted Chinnor in their opening game, before playing Cornish rivals Redruth in their second.

"We played an unknown quantity in the first game, a local derby in the second game, a virtually top of the table, professional side in Hartpury the third game and then a hard away game," Rainford added.

On Saturday, Launceston host third-placed Shelford, whose only loss this season has come against leaders Henley.

"Now we're back to a home game against a Shelford side that have three wins out of four," said Rainford.

"You never take anything for granted, it's just another step.

"We've set ourselves the target of improving week after week and Shelford are the next step along the way."