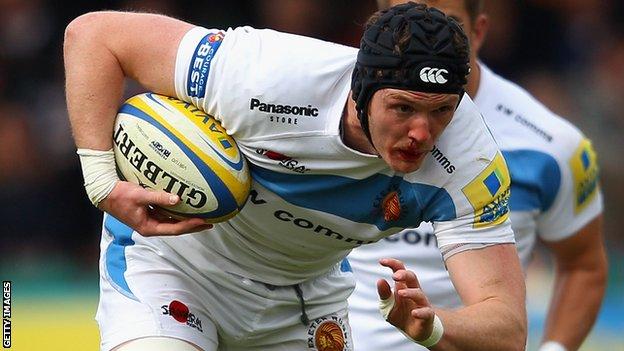 Exeter Chiefs assistant coach Ali Hepher says the club are relieved that a citing charge against forward James Hanks has been dismissed.

The 28-year-old was in Sunday's Premiership win.

"We know what James is like as a character and he's never going to be interested in that side of things."

Hepher continued: "But you do get worried, even though we knew it was accidental, it was quite scary, especially as for that sort of citing you get a long time out.

"We were fairly confident that nothing would come of it because there wasn't anything in it.

"It probably happens 20 or 30 times in a game, there's incidents like that, so we were pleased with the outcome, we've moved on, and it hasn't affected our planning too much."