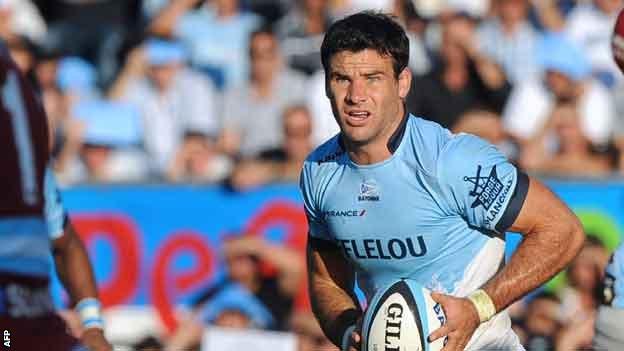 Wales scrum-half Mike Phillips has been ruled out for two weeks by a hand injury that requires surgery.

Phillips could be fit for Bayonne's Amlin Challenge Cup clash against Newport Gwent Dragons at Rodney Parade on Saturday 20 October.

But he will miss the French club's 2012-13 European opener against Italian side Rugby Mogliano eight days earlier.

Phillips made his Wales debut against Romania in August 2003 and has made 68 Wales appearances.

He also toured South Africa with the 2009 British and Irish Lions and has played for Llanelli, the Scarlets, Cardiff Blues and Ospreys, moving to ahead of the 2011-12 season.

Brew, 26 and with nine Wales caps, left Newport Gwent Dragons ahead of the current term for Biarritz and had expected to face Phillips for the first time on French soil at the weekend.