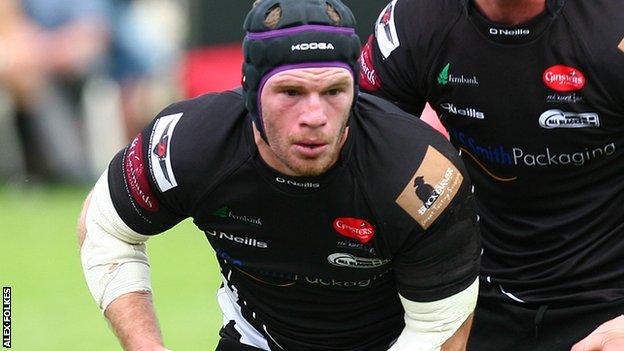 Launceston captain Tom Rawlings has criticised his side's ill-discipline after their 29-13 loss to Shelford.

The Cornish All Blacks led 10-3 at half-time before conceding four tries in the second half.

"Everything just fell apart in the second half with ill-discipline and guys gobbing off," Rawlings told BBC Radio Cornwall.

"I don't think Shelford were a better team than us, they just lived off our mistakes and our errors."

Lewis Paterson's try just after half an hour and five points from the boot of Kieron Lewitt saw Launceston lead 10-3 at the break.

But a penalty try just after the break and another score from Shelford's Alexander Kelshall put them 15-10 up after 50 minutes.

Lewitt did kick a penalty but Neil Bayliss was sin-binned for Launceston before Dane Grey and Charles Baker went over to seal Shelford's win.

"Man for man and as a team in the first half we were all over them, I'm just really frustrated with our second-half performance," Rawlings said.

"We have to pick ourselves up because we have Henley next week and they're in really good form.

"If we play like we did today then that could be a really hard game."