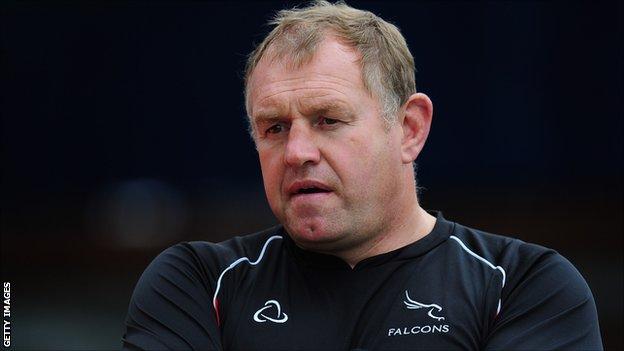 The win at Kingston Park kept up the club's 100% record in 2012-13, with five wins leading the Falcons to the top of the Championship table.

"Tonight was the most clinical we've been," Richards told BBC Newcastle.

"I don't think we missed too many opportunities. We nailed virtually everything this week."

Six tries, including a brace for fly-half Jimmy Gopperth, maintained the momentum built up by the win at Cornish Pirates the previous weekend.

Falcons led 17-3 at the half-way stage before taking control in the second period to seal a fourth bonus point of the campaign.

"The conditions were just right for flowing rugby. We put all the pressure on in the first half, they creaked in the final 10 minutes, we scored in the last minute and then the floodgates opened in the second.

"It was that first half that set us all up, and that's what pleased me. It's all about the processes."