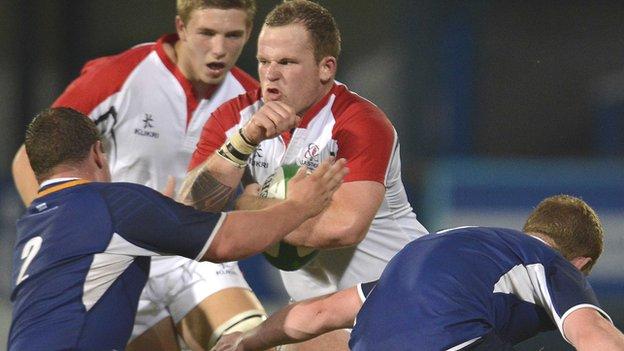 The 19-year-old, who spent two years with London Irish, has been offered a contract after impressing for Ulster U20s in the inter-provincial series.

Caulfield hails from Weston-super-Mare and has represented England at U17 and U18 level.

However, he is Irish qualified and the teenager played for Ireland U19s against France earlier this year.