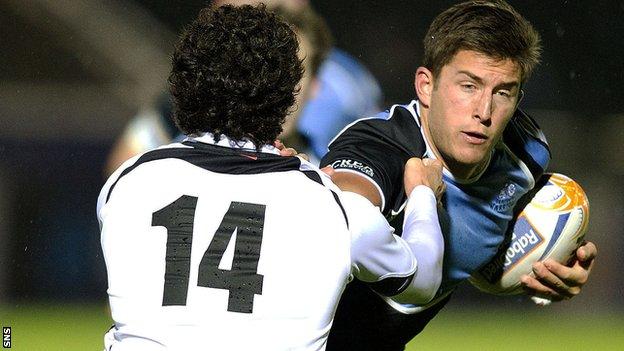 Glasgow Warriors must do without DTH van der Merwe and Moray Low after the duo were injured during Friday's RaboDirect PRO12 win over Zebre.

Canada winger van der Merwe is expected to be sidelined for six weeks with a damaged hamstring.

And Low has sustained a knee ligament injury which will make the tight-head prop unavailable for eight to 10 weeks.

Low, 27, does not require surgery but will not be fit for consideration for Scotland's autumn Test series.

"DTH and Moray are both important players for us, so it's clearly disappointing to have them unavailable over the next few weeks," head coach Gregor Townsend told the club website.

"The news isn't as bad as it could have been, though, and I know both guys will be working extremely hard under the care of our medical team to return to the field and continue making a significant contribution to our season."