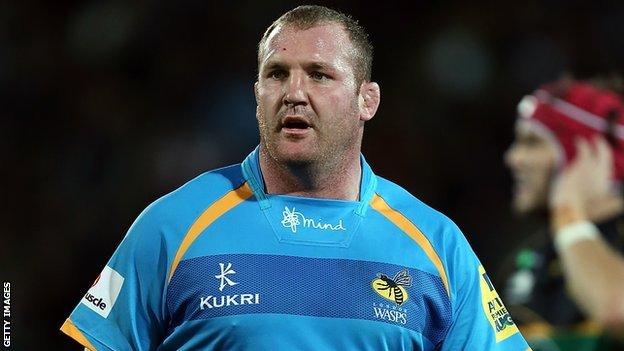 Wasps prop Tim Payne has been suspended for two weeks after pleading guilty to striking Northampton Saints winger Vasily Artemyev with his knee.

Payne, 33, was sin-binned for the incident, which occurred in

He will miss this weekend's Premiership clash against Worcester and the European Challenge Cup visit of Newport-Gwent Dragons the week after.

He has played in all five Premiership fixtures for Wasps this season.