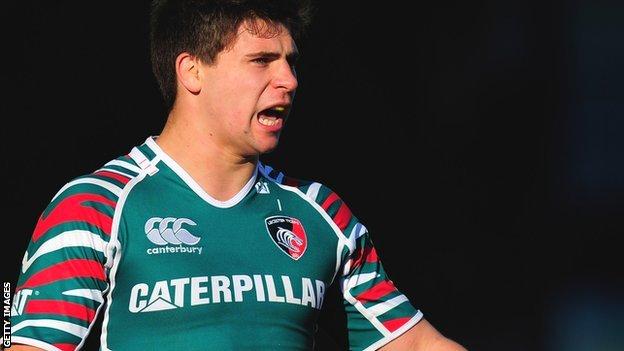 The sole objective was to get Taity through some rugby, run into people and make some tackles and just get used to playing again

Tigers centre and international colleague Manu Tuilagi is also expected to return after a shoulder injury.

Fellow England cap Mathew Tait may also make a first-team return after more than a year out with a groin injury.

Tait played at full-back in an 'A' League game on Monday night and Tigers director of rugby Richard Cockerill was delighted.

"Taity played 50 minutes and scored a nice try. We didn't want to push our luck so we brought him off," said Cockerill.

"He's feeling the effects of playing 50 minutes for the first time in 12 months or so but we were pleased to get him out there. We are pleased he is unscathed and hopefully we can build on that.

"He did really well. He had a few touches but the sole objective was to get Taity through some rugby, run into people and make some tackles and just get used to playing again because sometimes when you haven't played for a while you forget what it was like.

"It went pretty well. His performances will be better but it was just about playing, getting the confidence of taking the bangs and tackling. And touch wood there were no problems."