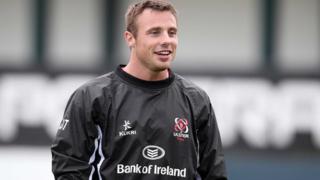 Tommy Bowe is looking forward to his return to Ravenhill as an Ulster player when he faces Connacht on Friday night.

Bowe scored a try when he last played for Ulster at the Belfast venue, against Cardiff Blues four years ago.

The Ireland winger hopes the province can build on last week's impressive Pro12 win over the Blues in which he scored two tries.