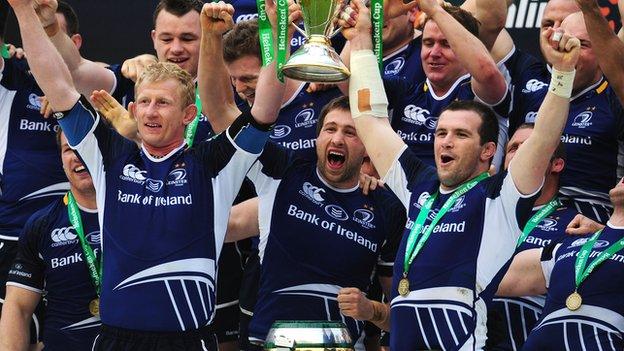 Can anyone stop Leinster from becoming the first side to win three successive Heineken Cup titles?

Ulster rugby director David Humphreys, whose side lost 42-14 to the Dublin-based province in last season's final, believes they are "almost unbeatable on their day" while ex-England hooker Brian Moore reckons "they are the closest thing, club-wise, to the All Blacks in the northern hemisphere".

But if not Leinster, who are in a heavyweight pool with fellow contenders Clermont Ferrand, then where to look for potential winners?

Can Ulster, unbeaten this season, go one better this year? Are four-time champions Toulouse, or Jonny Wilkinson's Toulon, poised to take the cup back to France? Could Harlequins, 2010 finalists Northampton, or Saracens provide a first English success in six years? Will there be a first Welsh or Scottish winner?

We assess the prospects for each pool and former England centre Jeremy Guscott gives his verdict as the 18th season of Europe's most prestigious club competition returns.

A well-balanced pool where each side has legitimate hopes and a Test fly-half to boot. Two-time champions Munster have the pedigree and passion if not the aura of old, Saracens the steel and savvy to win, if not in a style the romantics enjoy. Edinburgh surprised many with their run to the semis last season, and no-one will complain if the entertainment matches that on offer when they met Racing - not noted Euro-philes, but with plenty of Euros - in an epic group encounter last year. 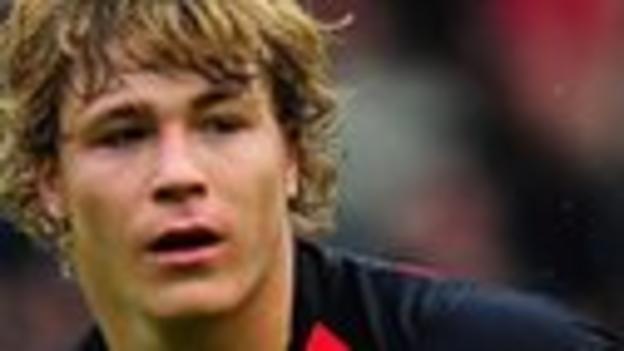 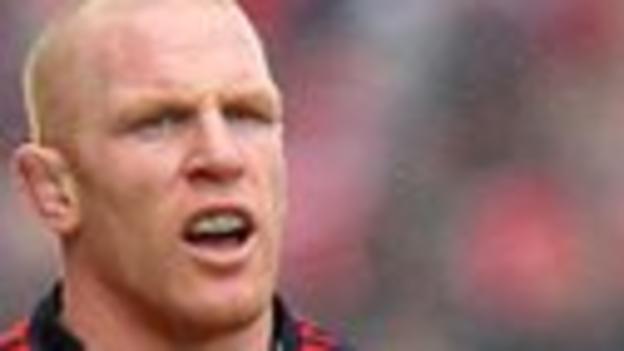 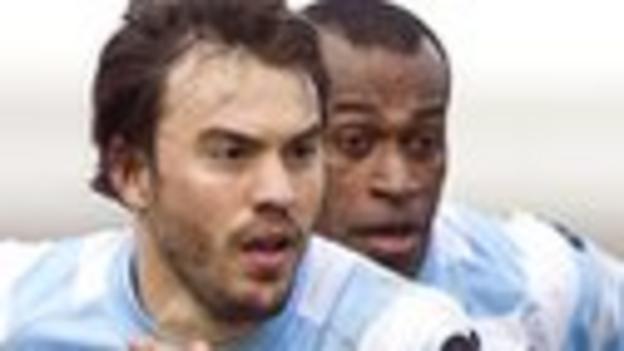 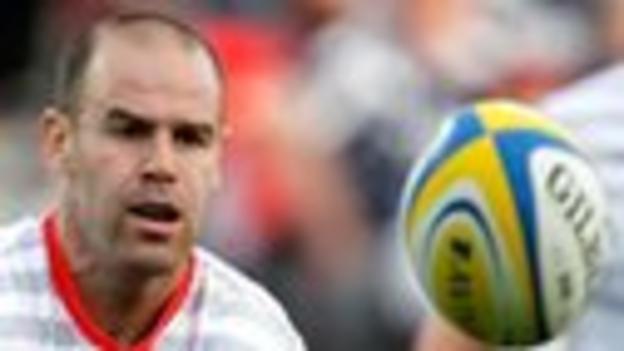 Jeremy Guscott's view: "This is going to be a grinding pool, especially with Saracens and Racing Metro - neither team scores or concedes many tries. Edinburgh have not had the greatest of starts to the season and must start with a win against Sarries to give them belief.

"Munster would be my favourites to top the group because of their knack of winning away."

One of two "pools of death" with three genuine contenders plus Treviso, who are capable of upsetting any of them when they travel to Italy. Four-time champions Toulouse have the class and charisma of perennial favourites; Leicester are not the force that brought them two consecutive titles a decade ago but remain formidable opponents. The Ospreys, three-time quarter-finalists, have flattered to deceive in Europe but have shown themselves capable of winning big one-off matches as Pro12 champions. 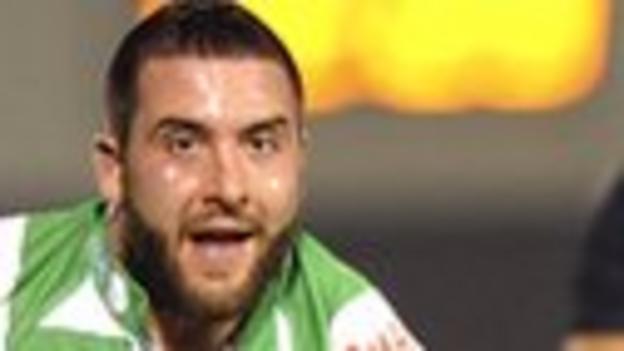 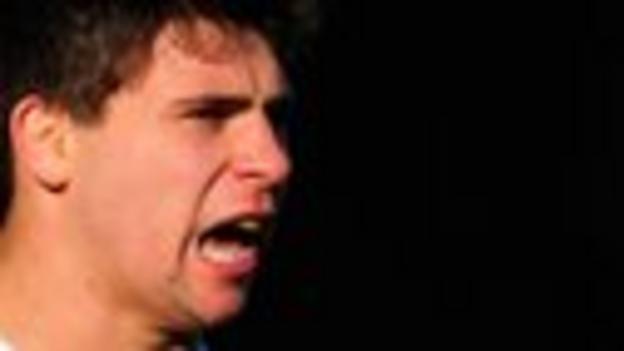 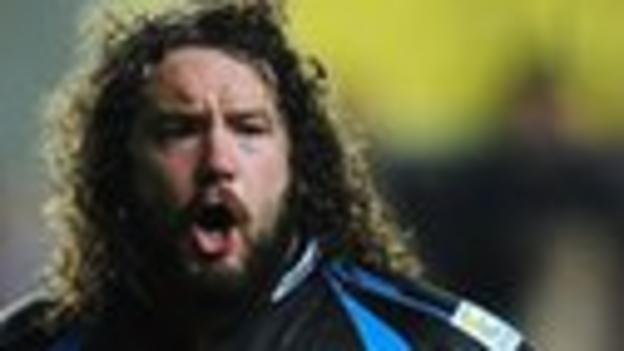 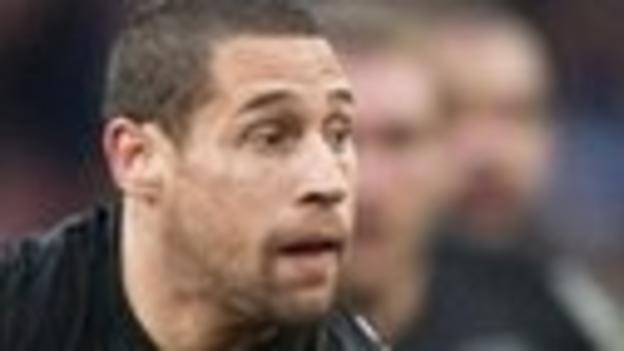 Guscott's view: "Toulouse are the stand-out team in this pool by a mile and it will only be their unpredictability away from home that will give the rest hope. Italians Treviso are no longer the whipping boys of the Heineken Cup and will give a good account of themselves at home.

"Leicester and Ospreys will struggle to qualify unless they can heap points on Treviso in their home games. Toulouse to win the pool, Tigers or Ospreys possibly to qualify as well."

Zebre are the whipping boys of the Pro12, never mind the Heineken, and the likes of Biarritz and Harlequins won't have earned their stripes unless they rack up two bonus-point wins against the Italians. Biarritz, who won the second-tier Amlin Challenge Cup last year, have a proud Heineken history while English champions Quins hope their high-tempo brand of rugby will yield similar rewards in Europe. They will be wary though of Connacht, where their hopes of progress came unstuck last year. 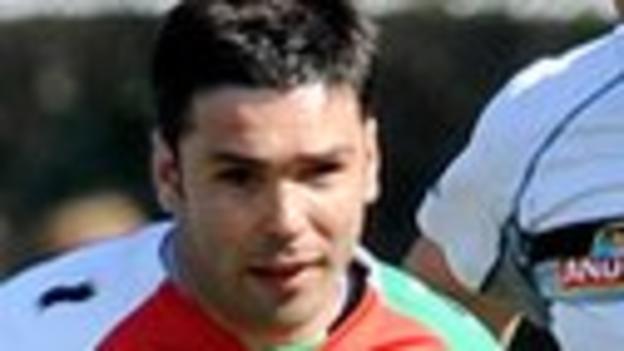 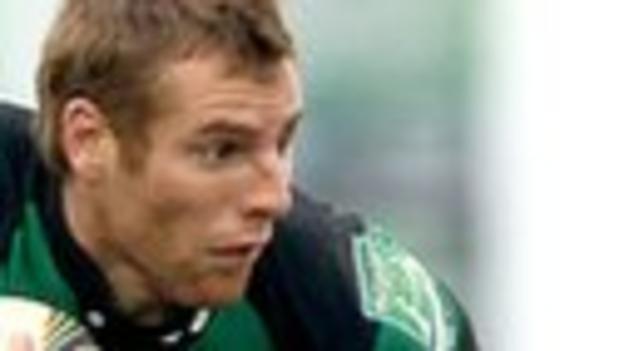 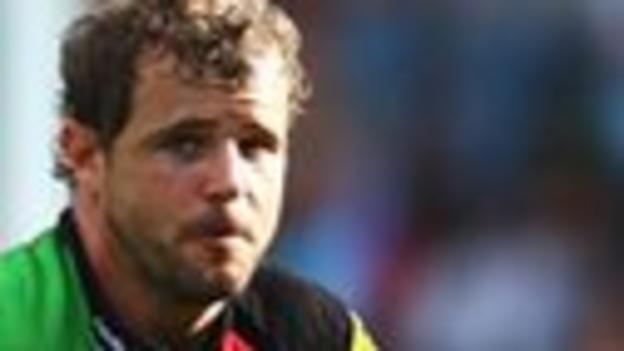 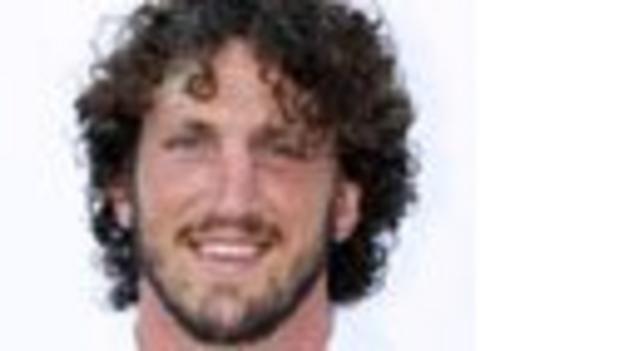 Guscott's view: "At first glance most would say Harlequins and Biarritz to qualify but bear in mind Quins crucially lost away to minnows Connacht last season, and Biarritz have slipped into the bottom half of the Top 14 after a bright start. Although Connacht will cause problems at home, the out-classed Zebre make it easy for two teams to qualify.

"If Quins have any aspirations to win the Heineken Cup they must win the pool to get a home draw. Quins and Biarritz to qualify, with Quins winning the group."

Another well-matched group featuring two recent finalists and a coming force in Glasgow. Northampton looked well set in the 2011 final before succumbing to a stunning Leinster onslaught, while Ulster were similarly overrun by the boys in blue last season. Saints and Ulster have both started well domestically, while Glasgow - capable of one-off wins in Europe - are becoming a more consistent threat. Castres have adopted a 'take-it-or-leave-it' approach in the past, but remain a power at home. 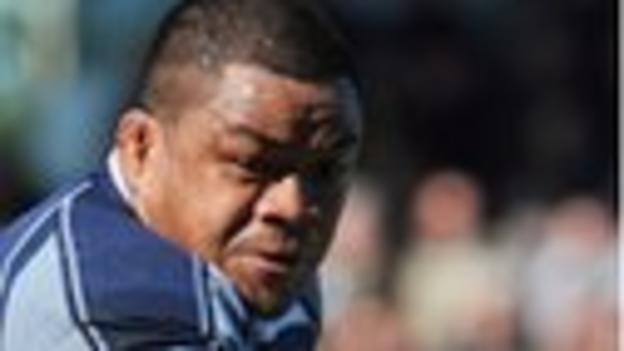 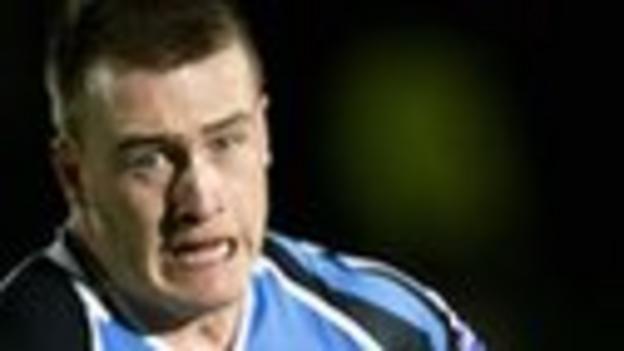 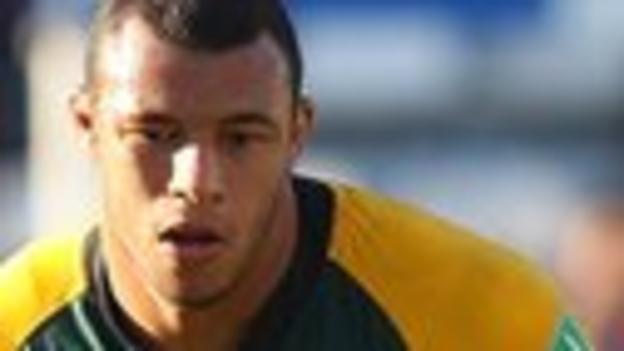 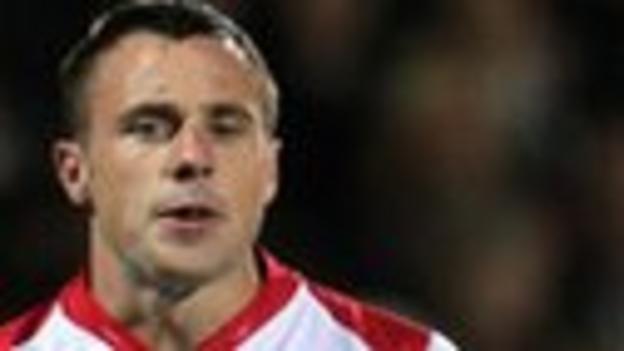 Guscott's view: "Ulster will be favourites to qualify, particularly after their unbeaten start to the Pro12, but they will do well to get as far as last year. Northampton have the ability to do well but must see off Glasgow at home this weekend to get over last weekend's hammering at Irish.

"Castres and Glasgow will struggle to qualify, while Ulster will win the group."

The other "pool of death" where one of the heavyweight contenders could miss out on the knock-out stages. Leinster have broadened European rugby's horizons with some dazzling rugby in recent years, but were hanging on in an epic semi-final last season against Clermont, who again have the look of potential champions themselves. Scarlets can also play exhilarating rugby, while Exeter will relish their role as underdogs. 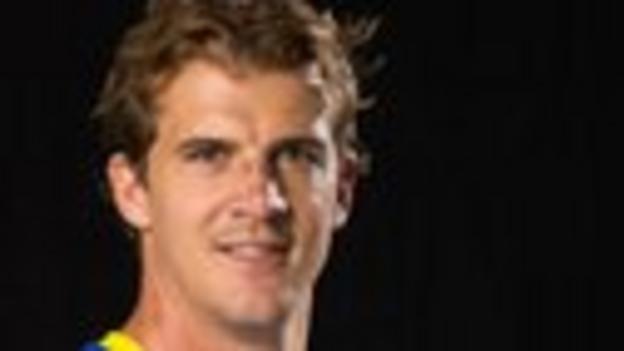 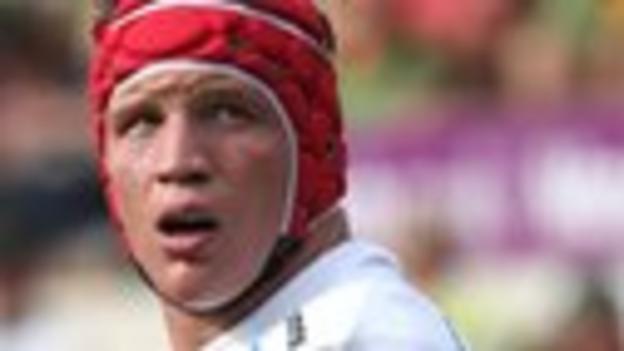 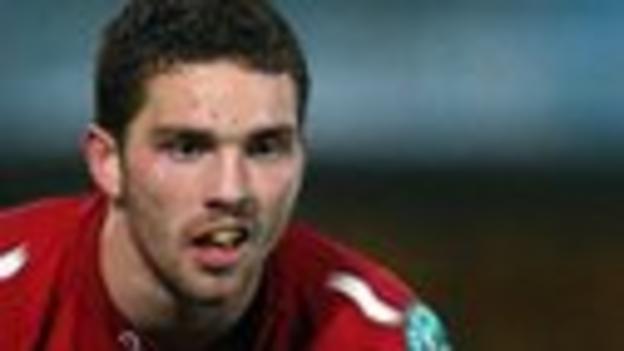 Guscott's view: "This pool really is mad. Leinster, Clermont and Scarlets all attempt to play the game as it should be played, with the emphasis on attack. Debutants Exeter will make it very difficult for all three at home but lack the depth of squad to challenge on two fronts - they will thoroughly enjoy the journey though.

"I suspect there will only be one qualifier from this pool and it will be decided by the games between Leinster and Clermont in rounds three and four. Clermont are helped by getting first go at home, but I expect Leinster to win the pool."

No outstanding favourite, though Toulon - who have assembled a ridiculously star-studded squad and won five out of six away games in the Top 14 so far - have grand designs on a first proper tilt at the Heineken, having twice come up short in the final of the Amlin Challenge Cup. Compatriots Montpellier are a more flighty proposition but drew with Leinster last year, while Cardiff Blues have star quality but remain wildly inconsistent. Sale - winless so far this season - start as rank outsiders. 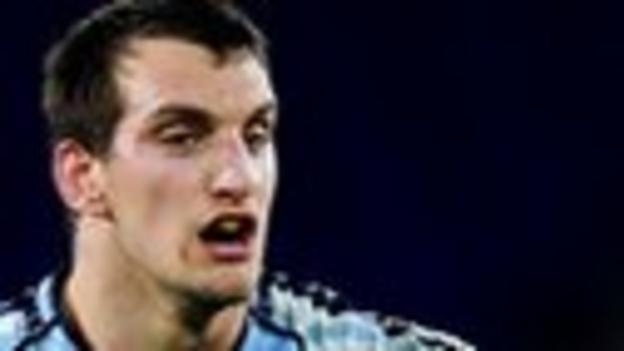 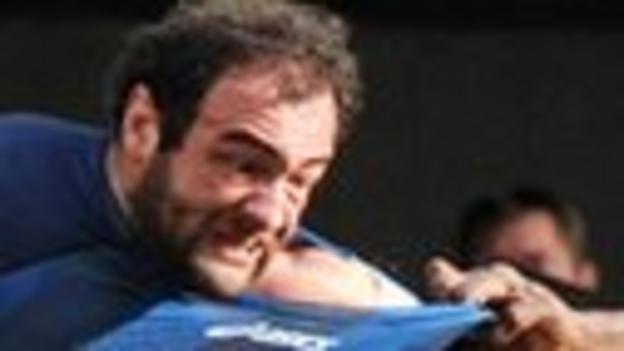 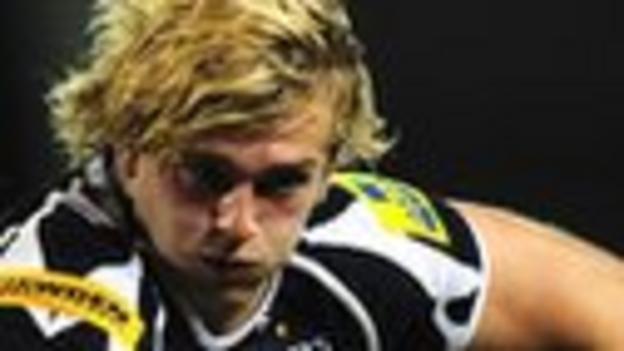 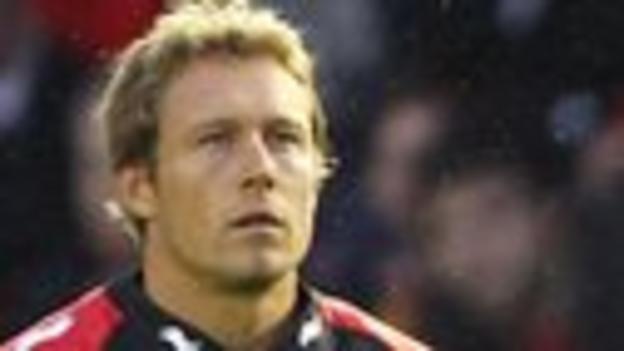 Guscott's view: "It's really difficult to look past Toulon as winners of this group because of the strength of their squad - Jonny Wilkinson is just one of a host of big names. Nothing in the form of Sale and Blues suggests they are going to feature but if their quality players are fit and find form, then on paper at least they are pretty good teams.

"Montpellier at home will be very difficult to beat if they are serious about the cup, but their neighbours from along the Mediterranean coast, Toulon, will win the group."