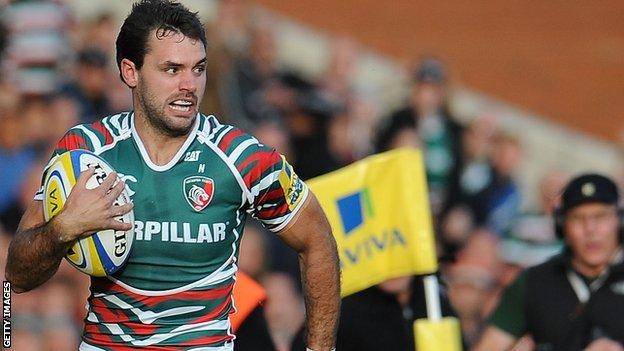 Leicester Tigers back Niall Morris says it is vital he seizes the opportunity he has been handed because of the injury problems at Welford Road.

Morris has started the last two games - on the wing against Harlequins and then at full-back against Exeter.

"If you get the chance you have to take it because if you don't play well you won't be there the next week."

Morris, who joined Tigers from Heineken Cup champions Leinster in 2011, added: "Injuries make it easier to get in the team but if you don't play well you will not stay there.

"There is pressure there but that just makes you work harder and play better.

"If the team plays well and is winning, you are gaining confidence and sharpening up. You get into a knack of knowing where to be and what to do to when you play big games.

"It's really important to get games, and once that happens confidence will start to build."