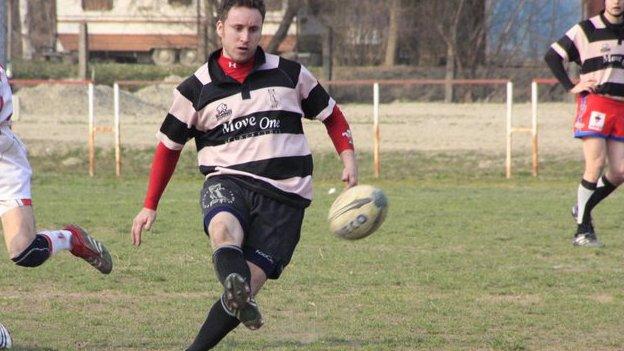 Lloyd dropped a long-range goal in Kecskemet as Hungary saw off the visitors 28-23.

Lloyd settled in the eastern European country in 2002 after he married a Hungarian he met on a rugby tour.

"Before I made my way out here [to Hungary] I made sure that I contacted the local rugby team and they accepted me into the club and it's taken off ever since."

The Budapest Exiles team is made up of a number of nationalities including Italian, French, Irish and American.

Lloyd, who is from Caerphilly, was approached to play for Hungary after impressing for the Exiles.

"There's not a lot of teams in Hungary. When they asked me I just jumped at the chance of getting an international cap," he added.