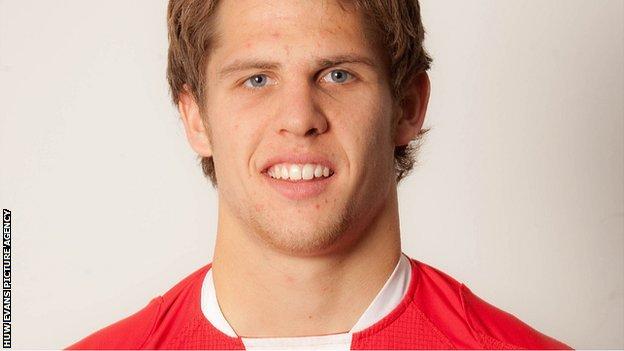 James Davies and Tom Williams will make their debuts for Wales Sevens this weekend in the opening round of the 2012/13 World Series in Australia.

The pair are brothers of Wales backs Jonathan Davies and Lloyd Williams, with Tom and Lloyd the sons of British & Irish Lions and Wales great Brynmor.

Wales face Argentina, France and Portugal in Pool D in the Gold Coast.

"We've worked on areas we needed to build on from last year to develop the group. Going out to play in a tournament in South Africa was hugely beneficial to the boys and we now just want to get the season under way."

"There are 15 core teams in the programme this year and all will have their own expectations," John added.

"It's going to be more difficult than ever to try and break into the top six. It's a massive year for us, we just have to start well and ensure we are more consistent and have consistency in selection.

"First and foremost we want to finish inside the top eight. We could have finished seventh last year, but one disappointing day at Twickenham showed how tight the margins are.

"We had a bitterly disappointing day one in London where Spain beat us and Zimbabwe should also have beaten us.

"But on day two we had a decent day to win the Bowl. So that proves it doesn't matter who you come across, you can't switch off."