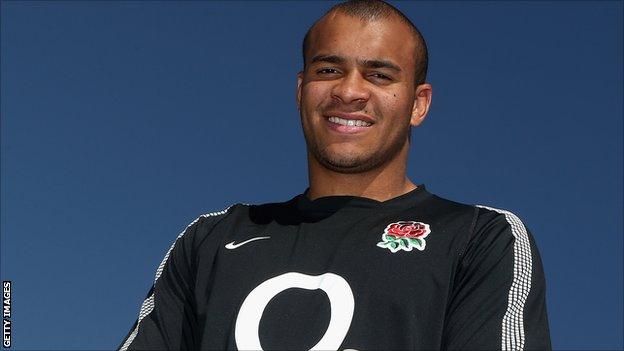 London Irish centre Jonathan Joseph believes helping turn around the club's fortunes will be crucial to his hopes of playing for England this autumn.

Joseph, 21, scored a try in Irish's 39-17 win over Northampton on Saturday to ensure just a second win of the season.

He made his England debut earlier in the year, and is hoping to be included in the squad for this autumn's games.

But he admitted to BBC Radio Berkshire: "England coaches want players that are playing in teams that are winning."

He added: "If you are bottom of the table and playing in a team that is not doing well then it's tough to get an international look.

"So I'm glad that we beat the top of the table side and proved how good we can play."

Joseph won his first cap as a replacement for the injured Brad Barritt in the defeat by South Africa in Durban in June, but then started alongside Manu Tuilagi in the other two Tests on England's summer tour.

And he hopes a change in Irish's fortunes will help his chances of pairing up with Tuilagi again.

"My form has not been as it should be, Saturday was much better," he added.

"I've not been getting much ball, we've been kicking away too much ball."

Exiles director of rugby Brian Smith also paid tribute to his side, adding: "That was our best performance [of the season] by a long shot.

"We will get momentum out of this, we had to front up and all 23 did that.

"We've played well in patches this season, we need to be more consistent on the road and we do have a lot of injuries.

"We picked three locks because we anticipated a tough battle up front and it was a test of courage and manhood."