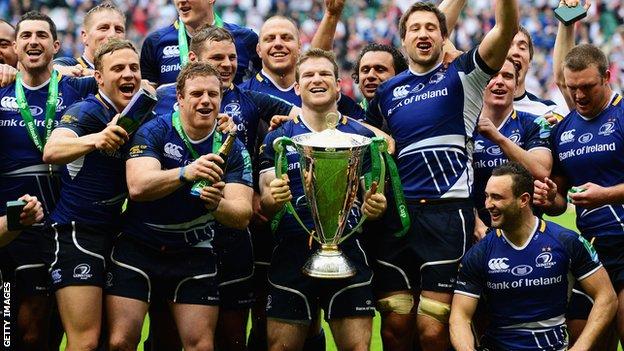 Talks over the future direction of European rugby have broken up with no solution to the impasse.

The meeting in Rome ended after six hours with rugby executives agreeing to continue negotiations in Dublin on 30 October.

English Premiership and French clubs want changes to the Heineken Cup format from 2014 and have threatened to quit the competition.

The row was further complicated when Premiership Rugby and European Rugby Cup Ltd struck separate television deals for the rights to show their games.

"All parties reaffirmed their desire to see European club rugby's tournaments continue to grow and develop further and to involve all of the current participant stakeholders."