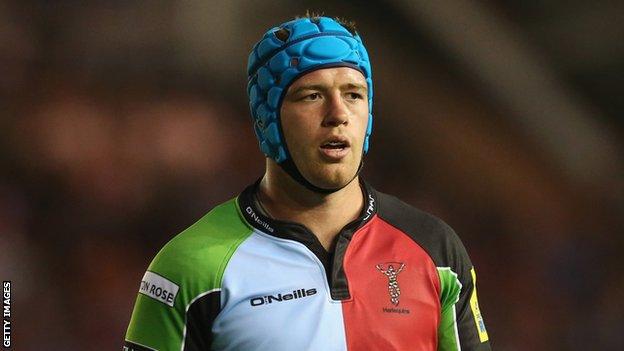 Harlequins hooker Joe Gray says they must put defeats by Saracens and Exeter behind them when they begin their Heineken Cup campaign.

The Premiership champions face Biarritz in their first pool game on Saturday.

He told BBC London 94.9: "We've not been happy with the last two weeks. We've spoken about that, areas we need to put right and what we have to do.

"We know how well we can play. We've proved that over the last couple of years and want to put it on the pitch."

He added: "Exeter played some great rugby but we didn't feel we did as well as we could.

"We thought our defence was a bit soft."

Quins, who will also face Irish side Connacht and Italian outfit Zebre in Pool Three, failed to progress to the quarter-final stage last season after losing their final group match in Connacht.

And Gray is relishing another chance for the side to prove themselves in a continental tournament.

"It's a great competition to rate yourself against the best in Europe," he continued.

"We try and be competitive in every competition we're in.

"We know the Heineken Cup is especially hard because it takes a lot of work to get into it.

"We just want to progress [as a club].

"Biarritz love to play with flair but still have the big forwards who give them a good set-piece and a platform to play off.

"We know our defence will have to be in check."