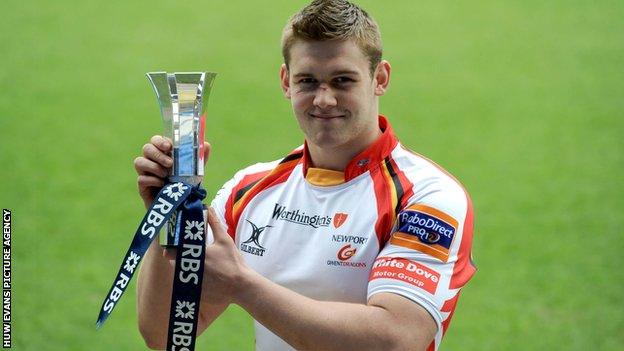 Wales caretaker coach Rob Howley has hinted top up payments or central contracts could be put into place to help Welsh regions keep their leading players.

It comes after the Blues and Dragons appealed for support in retaining Jamie Roberts and Dan Lydiate.

"There needs to be something to be put in place," insisted Howley.

"Now whether that is top ups or central contracts. It's not a decision that can be put in place overnight."

Added Howley: "I'm sure over the next couple of months that something will come out from the Welsh Rugby Union.

"I thinks it's important we take time and the right business model is put in place to make sure we keep our Welsh players in Wales."

The Dragons say if the Blues and the WRU struck a deal to keep Roberts in Wales, they would expect similar for Lydiate.

Wales flanker Lydiate is out of contract at Rodney Parade in the summer.

Blues chairman Peter Thomas claims he has opened talks about a dual contract to keep Roberts in Wales.

The WRU says it pays £6m a year to the regions to help internationals' wages.

"We are always open to discussions to keep our players in Wales and within our region," Dragons' director of rugby Robert Beale told BBC Wales Sport on Wednesday.

If that type of assistance is available then I hope it will be made available to us and not just the Blues, the Scarlets or the Ospreys.

"If that type of assistance is available then I hope it will be made available to us and not just the Blues, the Scarlets or the Ospreys."

Blues chairman Thomas has said he had begun discussions with the WRU over a shared contract to keep centre Roberts, who is also out of contract at the end of this season, in the Welsh capital.

When contacted by BBC Wales Sport, the WRU stated that it already contributes £6m a year to the four Welsh regions to help fund the salaries of Welsh international players.

Beale admits the Dragons have already started talks with Lydiate, who broke his ankle in the Pro12 victory over Edinburgh, about a new contract.

Lydiate has undergone surgery and is expected to be sidelined for at least a three-month period before he can contemplate doing any sort of rugby fitness.

The 24-year-old, who was the 2012 Six Nations player of the tournament, will miss the autumn Test series and is a major doubt for the 2013 Six Nations campaign.

Beale has revealed the Dragons have already asked the WRU for any assistance to keep Lydiate at the Men of Gwent.

"We have certainly made approaches to say we would like assistance, if there is assistance available, to keep Dan Lydiate in our region and playing for Wales," said Beale.

"We have not had any real great feedback from that.

"In terms of dual contracts, I do know that there are lots of discussions taking place between the WRU and Regional Rugby Wales about central contracts, dual contracts and top-up contracts, but I have not seen anything in writing myself."

The four Welsh regions have agreed a new £3.5m salary cap for this season and saw a host of international players leave Wales in the summer.

Wales lock Luke Charteris, a former Dragons captain, and Welsh international wing Aled Brew both left Rodney Parade in the summer and Beale has underlined the determination to keep Lydiate.

"We are determined to do whatever we can to keep him," said Beale.

"Hopefully, we can put a package together that keeps him playing rugby at Rodney Parade and in Wales."