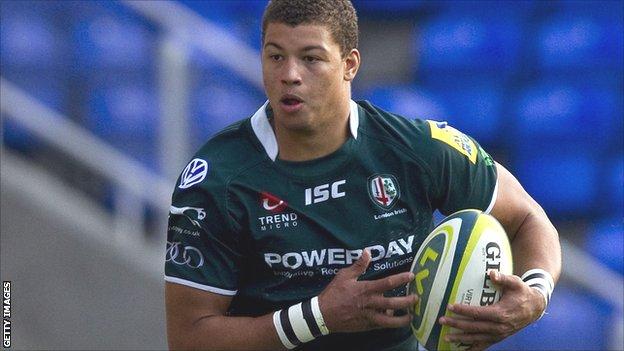 London Irish centre Guy Armitage has admitted the lure of returning to the club was too strong to ignore.

The 20-year-old followed his older brothers, England internationals Delon and Steffon, to the south of France earlier this year, signing for Toulon.

But he has returned on a season-long loan to the Exiles without playing for the French club and featured in Saturday's win against Northampton.

"I joined when I was 14 so had already spent six years here. I've grown up with these players as most of them have come through the academy system. You build a bond with coaches and players.

"You build up a relationship so that when you leave you still want them to win and do well and there's always the feeling that if you get the chance to go back, you would."

Armitage admits elder brother Delon advised him to return to the club, calling it a big opportunity for him.

"I'm here for a year and it will turn out to be a massive year for me," said Armitage.

"They need a centre and I'm looking to get a starting spot. I want to play 12 while Jonathan Joseph is around and then 13 if he goes away for international duty."