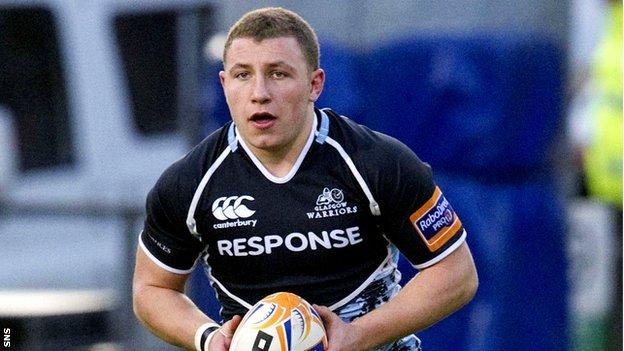 Glasgow Warriors stand-off Duncan Weir has been ruled out for six weeks after sustaining a knee injury.

The 21-year-old picked up the injury in training ahead of his side's Pro12 win over Connacht at Scotstoun Stadium.

Head coach Gregor Townsend said: "It's frustrating for Duncan and ourselves that he's missing out on big games.

"However, with many more important fixtures coming up over the course of the season, it's very important that he gets himself right, and I know he'll be working hard with our medical team to return to the fray in due course."

Weir has won two Scotland caps, coming on as a replacement against France and Fiji in 2012.