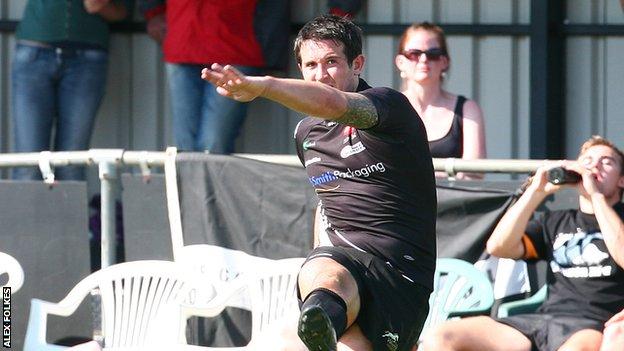 The Cornish All Blacks registered their first home win of the season and moved into eighth place as they ran in four tries at Polson Bridge.

"It was an outstanding game," Rawlings told BBC Radio Cornwall.

"We were going into an important run and we needed to ensure we get wins and scores like we did today."

It was a great effort by everyone, we've just got to carry this forward now

Ben Hilton's try on 18 minutes put the home side 10-6 up before three Kieron Lewitt penalties saw Launceston go into the break with a 19-6 lead.

Liam Yeo, Jamie Tripconey and Lewis Paterson all scored second-half tries as the All Blacks eased to a win over the third-from-bottom side.

"We finished the game in style which is what we wanted, with four tries in the bag and a bonus point as well," added Rawlings.

"It was a great effort by everyone, we've just got to carry this forward now.

"There were several really good open running tries and I think there were two more that could have been tries, but the touch judge felt it went forward."