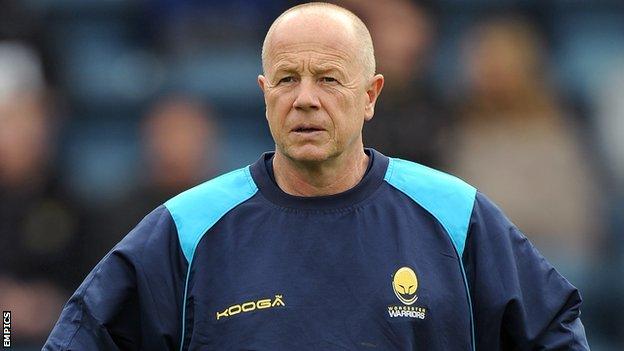 Worcester Warriors coach Richard Hill admits that their Amlin Challenge Cup group is likely to be a two-horse race between them and French side Perpignan.

"It does look as though it's heading towards that double-header against Perpignan in a few weeks' time," said Hill, after Saturday's club-record 85-5 win in northern Spain over Gernika.

"Rovigo and Gernika are two of the weaker teams," he told BBC Sport.

"To score 85 points was a good professional performance," he added.

At half-time, with the score at 40-0, I thought 'This could deteriorate, as we could get sloppy. But we were very professional

"The danger is you come to a side like this who are not a full-time professional side like ourselves and you get a sloppy performance," he said.

"At half-time, with the score at 40-0, I thought: 'This could deteriorate as we could get sloppy'.

"But, to be fair to all the players and the replacements, we were very clinical in the second half and scored 45 points, which is what I would expect from this group.

"Sometimes you don't always get it against a weaker team but we were very professional."

After surpassing their club-record score for European competition, a 68-17 win over Padova in 2009, the Warriors will now prepare for this Saturday's home meeting with Italian outsiders Rovigo.