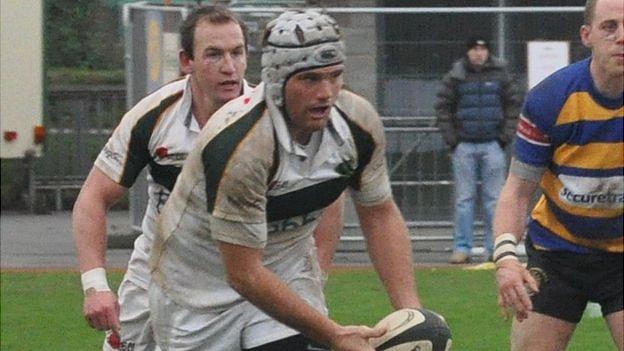 Barton, who has for the club, is the latest casualty of a growing injury list.

"When we're losing guys who have been such key figures for us over the years it is a big issue for us," Reynolds told BBC Guernsey.

"We have a couple of good players out there but we've lost that core group and we're having to rebuild that again.

"It's not going to happen overnight, but the more we work at it the more we'll get our structure back."

But in doing that Reynolds had a relatively settled side to pick from as the team suffered from few major injury problems.

"We had two very good years and we were fortunate not to have too many injuries, but I think it's taking its toll now," he added.

"A lot of our guys aren't as young as they used to be, taking the impacts in rugby is not like other sports, you tend to feel the effects of it a lot more.

"We probably had our two years when we've been quite lucky and it's not hit us too bad, but I've never been in a side that's been as riddled with injuries at one time as this one.

"Fingers crossed I can keep my injury list down and start getting some guys back, which would be an absolute bonus for us."