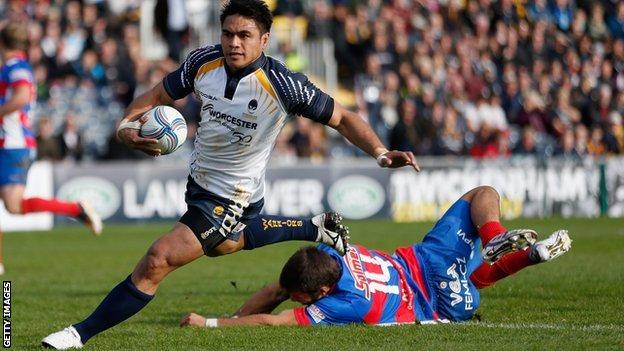 Lemi added two more either side of the break before Matt Kvesic and Joe Carlisle, who converted eight, went in.

Lemi, Carlisle and Kvesic crossed once more each, with Short claiming two.

"The bit I was disappointed with was the end of the first half when we had gone 31-0 up.

"We then went off the boil a little bit towards the end of the first half.

"We had a little chat in the dressing room and said we had to step it back up.

"I was very pleased the players did respond - we scored a lot of points - just under 60 - in the second half."