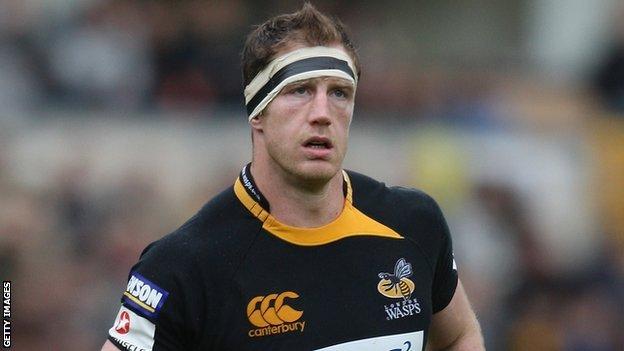 Wasps lock Richard Birkett has been forced to retire with a neck injury at the age of 33.

Birkett has played all of his professional rugby for Wasps, making his first of 259 appearances in 1999 and gong on to win four Premiership titles and a Heineken Cup.

He injured his neck during an A League game earlier this season.

"After 14 years of rugby with London Wasps my body has unfortunately given up on me," he said.

"However, I leave the game content in the fact that I was a part of an amazing era in Wasps history. Those memories will never leave me and I'm incredibly proud of what we achieved.

"The timing of my departure from the game is disappointing for me as I will not be able to be part of the new era at Wasps, which I genuinely believe has enormous potential."

Wasps director of rugby Dai Young added: "Since I came to the club last season, Richard has been an integral part of the squad.

"As a senior player he has been a leader both on and off of the field. In the modern game it is very rare that a player will stay with a club for their whole career but Birky has been a key component of this club for a 14-year period and he will be a loss to us.

"He formed a tremendous partnership with Simon Shaw throughout a very successful period for the club and although he didn't get the international recognition that others in that side did, he was a fundamental part of their success and will go down as a true Wasps great."