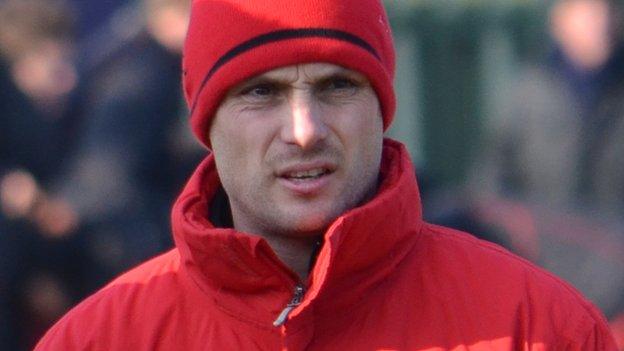 Jersey director of rugby Ben Harvey says the club's efforts to sign players on dual-registration are being hindered by the island's location.

Jersey are bottom of the Championship but do not have any dual-registered Premiership players in their side.

"We've been speaking to Premiership and they keep promising loan players but it hasn't materialised yet.

"People have said geographically the location of the island is too difficult to do that," Harvey told BBC Jersey.

If they loan us a player here, and on Friday they need him back, if we're fogged-in they've got a major problem

Harvey says the main problem is clubs being concerned about bringing players back if they are needed at short notice for a Premiership match.

Jersey have not had a dual-registered player since last season.

"The issue with it, if you're a Leicester Tiger, (is that) the conditioning staff want to see you every day.

"If there's a problem on a Friday for instance, and they need to pull them into the first-team squad, there's just a phone call that needs to happen," said Harvey.

"If they loan us a player here, and on Friday they need him back, if we're fogged-in they've got a major problem.

"That's in the back of their head all the time, can they keep a close control on the players they loan us through the week, and can they get them back?"

But they avoided defeat for the first time at the weekend, in the British and Irish Cup.

The islanders face Leeds Carnegie on Sunday in their second British and Irish Cup match.