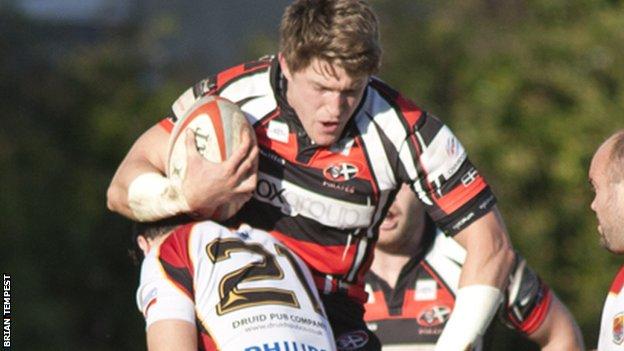 Cornish Pirates backs coach Harvey Biljon hailed his side's defence after their 32-6 win over Dundee in the British and Irish Cup.

"Dundee had a huge onslaught with 10 minutes to go and we wouldn't let that score in," Biljon told BBC Cornwall.

"We had pride in not wanting to let the opposition get over the try line and that stood out."

Phil Burgess went over for the opening try after 20 minutes before Jack Nowell got the second to help the Pirates to an 18-0 half-time lead.

Burgess got his second try of the match midway through the second half after Dundee had converted two penalties and Grant Pointer rounded off the win with the bonus-point try two minutes later.

And Biljon was pleased that the Pirates got their second successive win having gone into last week on the back of four winless Championship matches as they prepare to face Leeds next week.

"We've got two victories now and we've always said there was no difference between British and Irish Cup and Championship rugby," he said.

"There were certain types of goals we wanted to get out of these fixtures, and we've done that and we've just got to carry that through to Leeds and make sure we perform at home again at the Mennaye."