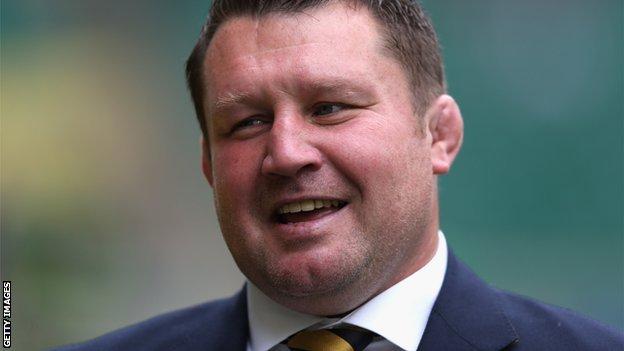 Dai Young will coach the Barbarians when they face the British and Irish Lions in Hong Kong on 1 June as the warm-up to their 2013 Australia tour.

The London Wasps director of rugby, who coached Barbarians to wins over and in 2011, will also lead the Baa-Baas against England on 26 May.

"The annual game against England is a big enough occasion," said Young.

"But to play the Lions on the first match of their own major tour is really a case of the icing on the cake."

Young, who won 51 caps for Wales, played all three Tests as a 21-year-old in the Lions' 2-1 series victory in Australia in 1989, and was also part of the Lions squad for their last visit down under in 2001.

"[The 2013 trip] promises to be a tremendous tour and all those of us involved will be committed to making it a big success," he added.

"I have been privileged to coach the Barbarians on three previous summer tours in recent years but never mind how many times I am invited it is always an honour and one that I cherish.

"It is also a big responsibility to uphold the traditions of the Barbarians and to get the best out of the fantastic group of players they invariably assemble for these matches.

"I have worked with him before," said Quinnell,

"Though it seems a long time ago that I was in the Wales coaching set-up with Tony Gray and we sent for Dai to join our squad for the quarter-final of the first Rugby World Cup in 1987.

"He was a young 19-year-old prop at the time but was equal to the task and two years later he was back in Australia with the Lions and an automatic choice for the test team that won the series.

"The other great thing about Dai is that as a player and now an experienced and successful coach he undertstands what makes the Barbarians tick and fully respects and furthers the traditions of our club."