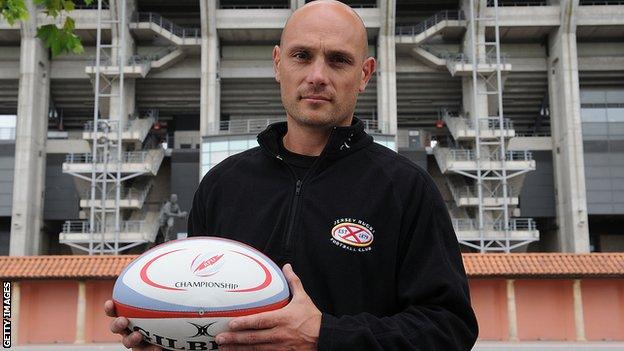 Jersey director of rugby Ben Harvey says their first victory of the season was indicative of a growing self-belief among his players.

The islanders, who are bottom of the Championship, in the British and Irish Cup.

"It's that constant battle for us to make sure that we're raising our standards at the club," Harvey said.

"The players understand there's a certain standard we expect and they're setting that standard at the moment."

Jersey failed to win their opening seven matches of the season, losing their first six in the Championship.

The island side are bottom of English rugby's second tier with only one bonus point after winning promotion last season but Harvey insisted: "The spirit, tenacity and belief that we've said all along is growing and growing.

"The bottom line is there's huge amounts of desire and that fuels everything - and that's got to fuel us 24/7 because that's what being a professional athlete is."