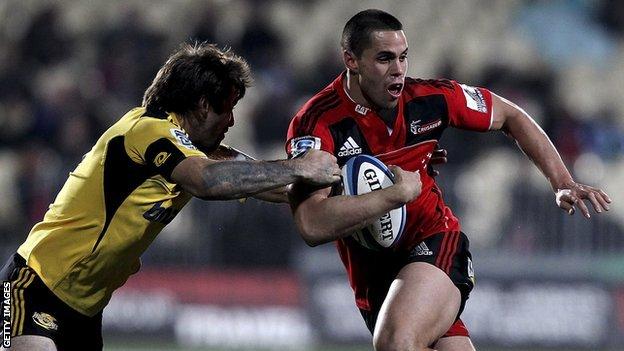 Born in New Zealand, Maitland can play on the wing or at full-back and qualifies to play for Scotland through both of his grandfathers.

A three-year deal has been agreed, with a medical and visa pending.

He will be a fantastic addition to our squad

"The back three is an area of the team where we already have a number of excellent options, and Sean will provide a further layer of quality as we enter another busy phase of the season."

At New Zealand Under-19 and Under-20 level, Maitland won the World Cup and IRB Junior World Championship, respectively.

He has also represented the Canterbury provincial side and New Zeland Maori.

"His try-scoring record in Super Rugby [24 tries in four years] speaks for itself, and he's also a player who has a big appetite for self-improvement," added Townsend.

"He will be a fantastic addition to our squad and will, I'm sure, be very popular with our supporters.

"It's another indication of the increasing profile of Glasgow Warriors that a player of Sean's ability and ambition sees us as a club where he can continue to progress."