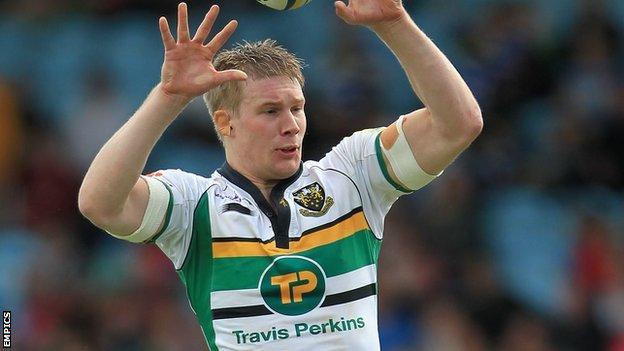 The 23-year-old broke into the Saints team last season and played 18 games in total, including the LV= Cup final and Premiership play-off semi-final.

He has not played this term because of knee and shoulder problems.

"Being a part of the Saints has been a great experience. Hopefully I can get back into the matchday 23 when I get back to fitness," Craig said.

"It has been a bit frustrating for me in terms of injuries this year, but I'm glad that the coaches have seen past that and seen my potential for the future," the former Leeds player told the club website.

The length of Craig's contract has not been disclosed by the club.

Director of rugby Jim Mallinder said: "James is a talented player who has shown already that he has the ability to compete at the top end of the Aviva Premiership Rugby table.

"He can play both in the second row and on the flank, and you need that kind of positional flexibility in the squad."