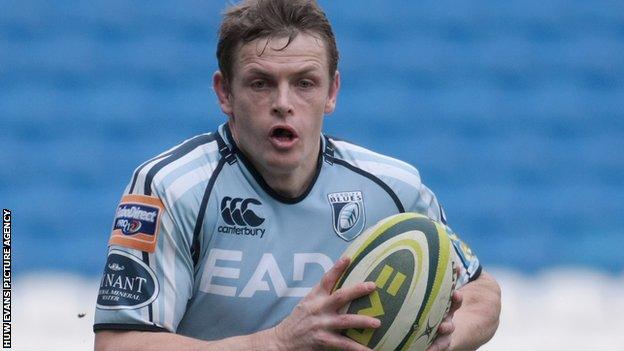 Former Cardiff Blues full-back Ben Blair has been forced to retire because of continuing knee problems.

The 33-year-old left the Welsh region at the end of last season to join French club Agen.

But injury prevented the former New Zealand player him from playing a single game for his new club.

Blair, who won four caps for All Blacks, spent six seasons with the Blues after joining in June 2006 from Canterbury.

He was out of action for 15 months from October 2010 with a knee injury suffered during a Heineken Cup match at Castres.

Blair returned to action for the Blues earlier this year before departing the region at the end of last season.