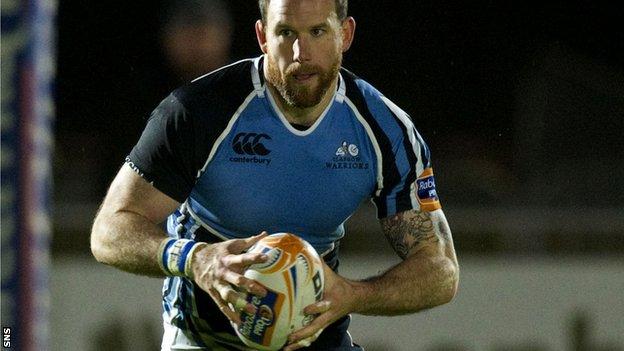 Scotland centre Graeme Morrison has suffered a setback in his recovery from a knee injury and is not expected to return to action until December.

The Glasgow Warriors player had already been ruled out of Scotland's Autumn Test series.

"With his knee injury having failed to settle, Morrison has undergone further assessment," said a club statement.

He is now "likely to be unavailable for selection until around the start of December".

The 30-year-old Morrison suffered medial ligament damage in a win over Cardiff Blues in April.

Winger Sean Lamont, who was included in Scotland coach Andy Robinson's squad, has not yet recovered sufficiently from his injury to play and misses the trip to Italy to face Treviso on Saturday.

Warriors said Lamont "is recovering well from the facial injury he sustained against Northampton Saints a fortnight ago".

But they added: "The Treviso game comes too soon for him."