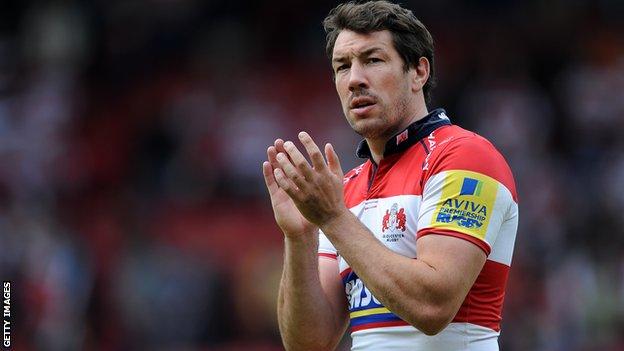 Voyce, who left Gloucester last summer, previously turned out for Wasps and he will come up against his old side when he starts for London Welsh this Sunday.

The 31-year-old began his career at Bath, where he made the first of his nine international appearances.

"I am delighted to be joining London Welsh and excited to be able to contribute to what has been a good start to their season," said Voyce.

He moved to Gloucester in 2009 and helped the club to LV=Cup success in 2011, setting the Cherry and Whites on their way to a 34-7 win over Newcastle with an early try.

"Lyn [Jones] and the players have been great in welcoming me into their culture," added Voyce.

"For me it's a case of getting my head down and proving a few points. There are some great challenges ahead for us as a team and that is what rugby is all about."