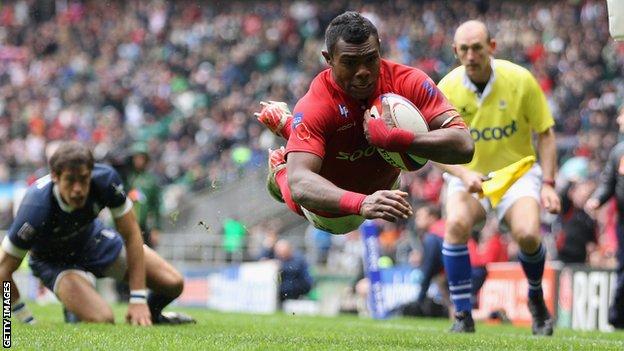 Soldier Semesa Rokoduguni has been given a full-time contract by Bath.

The Fijian back is a reconnaissance tank soldier of the Royal Scots Dragoon Guards and has impressed during a trial period with the Premiership club.

He has two caps for the Army's rugby side, scoring seven tries, and has previously had a trial at Newcastle.

"Roko caught the eye playing for the Army at Twickenham earlier in the year, and continued to do so when he came on trial," said coach Gary Gold.

"We believe he has the ability to play professional rugby, and the Army has supported his desire to test himself at this level while he is still a serving soldier.

"He is strong, quick, and very committed, both during games and training, and we're looking forward to having him in the squad."