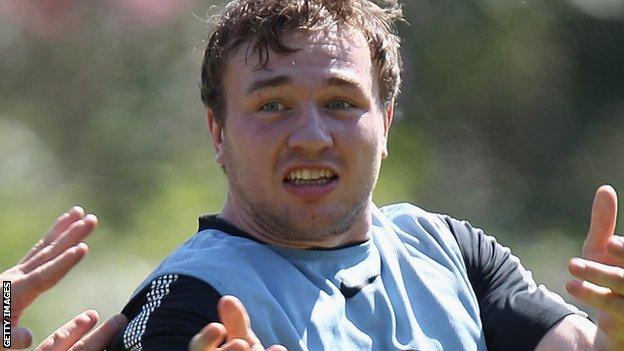 England have called up Worcester loose-head prop Matt Mullan for the autumn internationals as cover for Joe Marler who is a doubt with a tight hamstring.

Flanker Robshaw suffered a nasty eye injury and centre Joseph was forced off with an injured ankle.

On Hartley and Lawes, Saints director of rugby Jim Mallinder said: "They've done something, but we will know a lot more later.

"They are the sort of characters that if they had just got a knock they wouldn't have come off."

The pair are due to have scans on their injured knees on Monday evening.

Lock Lawes had a long lay-off last season because of an injury to his right knee but this time the problem was with his left knee.

The only other hooker in the senior squad is Leicester's Tom Youngs.