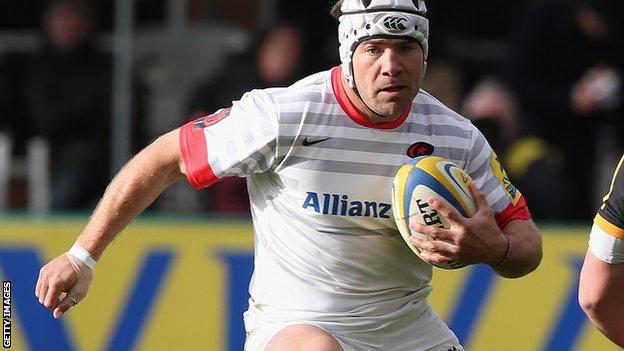 Saracens hooker Schalk Brits has been recalled to the South Africa squad for their autumn internationals in Europe.

Brits, 31, who joined Sarries in 2009, won the last of his three caps for the Springboks against Australia in 2008.

South Africa play Ireland in Dublin on 10 November before going on to face Scotland and England.

Brits is one of four Europe-based players in the squad, along with Bath flanker Francois Louw, Ulster scrum-half Ruan Pienaar and Toulouse prop Gurthrö Steenkamp.

South Africa's first-choice hooker Bismarck Du Plessis is one of a number of players who misses the tour with injury.

"Although the Springboks won on their last visit to Dublin (in 2010), they lost three in a row before that," said Boks coach Heyneke Meyer.

"In 2010, we lost to Scotland in Edinburgh. They beat the Wallabies in Australia earlier in the year, so it won't be easy there.

"And in June we've experienced first-hand how difficult an opponent England are. They will be fired up at Twickenham and it will be a challenging Test to end the tour with."