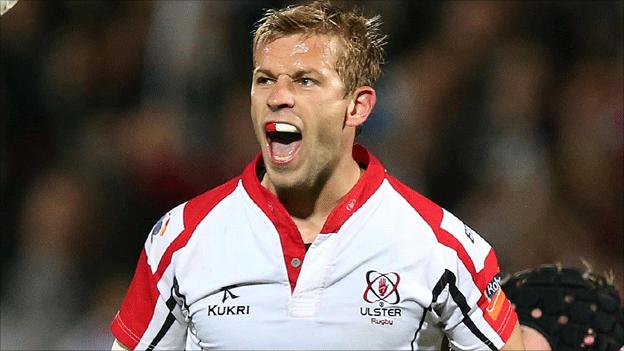 Four Ulster players have been added to the Ireland squad for the forthcoming autumn internationals against South Africa, Fiji and Argentina.

The additions have been made because a number of Ireland players, including Brian O'Driscoll, have suffered knocks.

Captain O'Driscoll sprained his ankle in the first half of Leinster's Pro12 win over the Blues on Saturday, but the injury appears not to be as serious as first feared.

The centre underwent a scan on the injury on Sunday and his progress will be monitored.

Leinster hooker Cronin has been included as cover after Rory Best sustained a knock in Ulster's convincing victory over the Dragons.

Tight head prop Bent is Ireland qualified through his maternal grandmother and has been playing regularly for Taranki in the provincial championship in New Zealand.

Bent arrived in Ireland today and will link up with the Ireland squad for training tomorrow.

Jackson and Marshall have both been in fine form during Ulster's unbeaten start to the season while Gilroy has been part of previous Irish training camps.

Twice-capped Fitzpatrick will offer cover for the front row and his inclusion brings the Ulster representation in the panel to 14.

Rob Kearney has been ruled out of the upcoming games because of a back injury.

Ireland begin their series of games with a match against South Africa at the Aviva Stadium on 10 November, followed by a fixture between an Ireland XV and Fiji at Thomond Park a week later.

Argentina are the visitors to Dublin on 24 November.