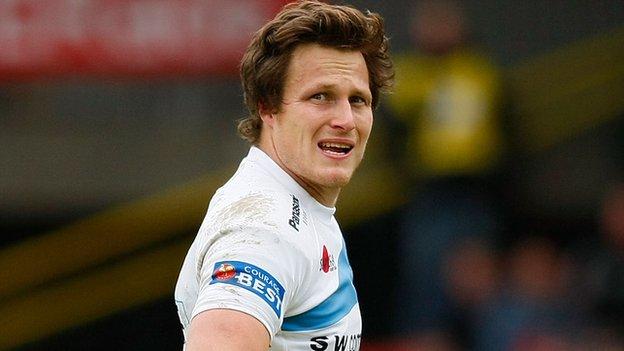 Bristol back Bryan Rennie will miss the rest of the Championship campaign with suspected cruciate ligament damage.

The 27-year-old, who is in his first season at the Memorial Stadium, suffered the injury in their 34-28 British and Irish Cup victory over Ulster earlier this month.

"This injury is a great disappointment for Bryan and the first team squad," said head coach Liam Middleton.

"Bryan has been a very positive influence both on and off the field."

Rennie impressed in pre-season matches against Agen, Narbonne and Munster but did not make his first start until 6 October, against Rotherham, because of a shoulder problem.

And Middleton said it was "simply unfortunate" he had now suffered another, more serious, injury.

He added: "As an outstanding professional, I'm confident that Bryan - along with our medical staff - will do what's required and more to return to full fitness and we look forward to seeing him in a Bristol shirt again in the future."