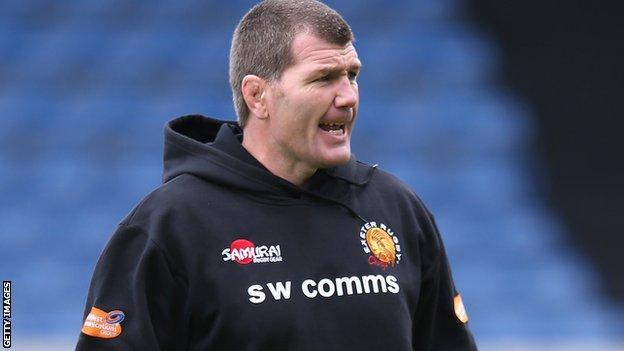 Bath are still the only team who were in the Premiership when Exeter were promoted who have yet to lose to the Chiefs in a league game.

"In the first half we didn't look like a side that wanted to take the game by the scruff of the neck."

Bath leap-frogged Exeter and moved into sixth place with the win, as Wasps also went above eighth-placed Chiefs.

"We slipped off tackles by going high and looked indecisive in decision-making situations," Baxter added.

"But the second half was almost a reverse of that and we went for the game and I think we were a little unfortunate not to come away with the win.

"A few gilt-edged opportunities did open up for us, we didn't convert them for various reasons, and that ultimately cost us the game."

And Baxter felt his side did not focus enough for the entire match.

"You have to take responsibility that you don't win many games if you don't go for it for the full 80 minutes.